WHAT IS CALIFORNIA PROPOSITION 64?

Simply put, a way to get your life back. 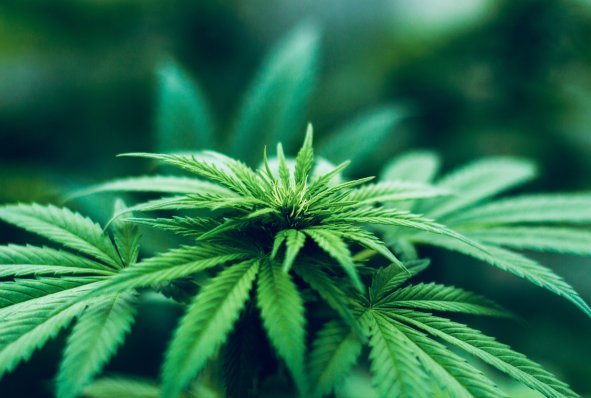 Reduce or expunge your marijuana offense

Passed in 2016, Proposition 64 is a ballot measure that allows you to expunge or reduce certain marijuana offenses.

Proposition 64 (also known as “the Adult Use of Marijuana Act”), allows anyone convicted of marijuana offenses to reduce their conviction to a misdemeanor, an infraction, or to expunge it from their criminal record. This means if you have a marijuana offense it may be possible to expunge or reduce it under Prop 64.

This is a newer form of relief beginning in 2016 when Proposition 64 passed in California. It is different from a standard dismissal and allows for a more complete type of relief than was otherwise available. In order to receive this you will need to petition the court.

Lifeback Legal is a division of the law firm of Randall & Johnson. We are experienced California marijuana expungement attorneys who can help expunge your record. We understand your desire to have a confidential advocate and are here to assist you.

Take our free eligibility test or contact our office now to speak with a California Proposition 64 expungement attorney today.

Get your life back
with Lifeback Legal.

Determine if you qualify for expungement relief and sign up online today. No wait, no hassle.

Lifeback legal was easy to work with and got my case granted fast. I will definitely come back to Lifeback if I ever need another expungement!

My Attorney Mr. Randall helped my son end his probation early and expunge his misdemeanor record. My son has an opportunity to move forward in life with employment and a successful future.

I had the privilege of working with Lifeback Legal and I have to say I've never had more attentive and responsive communication with an attorney in my entire life. The ease and simplicity of doing it all has eliminated years of frustration and headaches.

I am thankful to have met such a good attorney that moves fast, which is rare to find. I highly recommend Mr. Randall as an attorney for any legal work.

I am finally truly free of this burden I have carried for years. THANK YOU SHEA!

HOW DO I KNOW IF I QUALIFY FOR A CALIFORNIA PROPOSITION 64?

Sign up online after taking our free online eligibility test or contact one of experienced attorneys today.

Whether or not you qualify depends largely upon the nature of the offense with which you were charged. Below is an explanation of the main categories. For easy access, simply click the offense which best applies to your case and read the information below.

Have confidence obtaining a new job.

Feel confident in a job interview that your past is truly behind you.

CULTIVATION OF MARIJUANA UNDER HS 11358:

Under Proposition 64, If you were convicted of cultivation of less than 6 plants or less when you were at least 21, your case will be fully expunged from your record. However, if you were under 21 years old at the time then the case will instead be reduced to an infraction only.

Please note that if you were convicted of growing more than 6 plants, and you are 18 or older, there are certain situations which will bar you from reducing the case to a misdemeanor (but rather make the offense a “wobbler”).

TRANSPORTATION FOR SALE, SALE, AND GIFT UNDER HS 11360

POSSESSION OF MARIJUANA UNDER HS 11357:

If you were convicted of possession of less than one ounce (28.5 grams) of marijuana or less than four grams of concentrate (oil, hash, or rosin), your case will be either expunged or reduced depending on several factors. If you were over 21 at the time that your offense was committed, you will be able to expunge the case from your record entirely. This used to be a $100 ticket for an infraction (many years ago it was treated more harshly). However, if you were under 21, then it will be reducible to an infraction instead.

If you were under the age of 18 and possessed marijuana for sale, then your case can be reduced to an infraction.

Additionally, if you are older than 21 the factors also include if the offense involved knowingly hiring, employing or using a person 20 years of age or younger in unlawfully cultivating, transporting, carrying, selling, offering to sell, giving away, preparing for sale, or peddling any marijuana.

HOW DO I GET STARTED?

Once you hire us, Lifeback Legal handles everything for you.

The entire process for a California Prop 64 takes anywhere from several weeks to a few months, depending on the case load involved in the court in which you must file. This is why we work hard to submit your case with the Court as soon as possible.

Once filed, the prosecutor will be given time to respond. After the prosecutor responds, it then goes before the judge. We will represent you at all required hearings and you will not be required to attend. If your case had a probation violation, the chances of success for obtaining a California prop 64 expungement drop.

Lifeback Legal is a division of the Law Firm of Randall & Johnson, a trusted California Law Firm. We specialize in helping individuals get their life back with California criminal record expungements and federal licensing services. We are a full service Law Firm — from gathering documentation, hand-crafting petitions, and dealing with the headache of the Courts.

When you contact our office you will be in direct contact with our attorneys. Our law office provides outstanding one-on-one communication with clients to ensure all of your legal needs are met.

Sign up online today after completing our free online eligibility test or by contacting our office today at (888) 751-5329 to speak with a California Proposition 64 expungement attorney today.

Get your life back
with Lifeback Legal.

Determine if you qualify for expungement relief and sign up online today. No wait, no hassle.