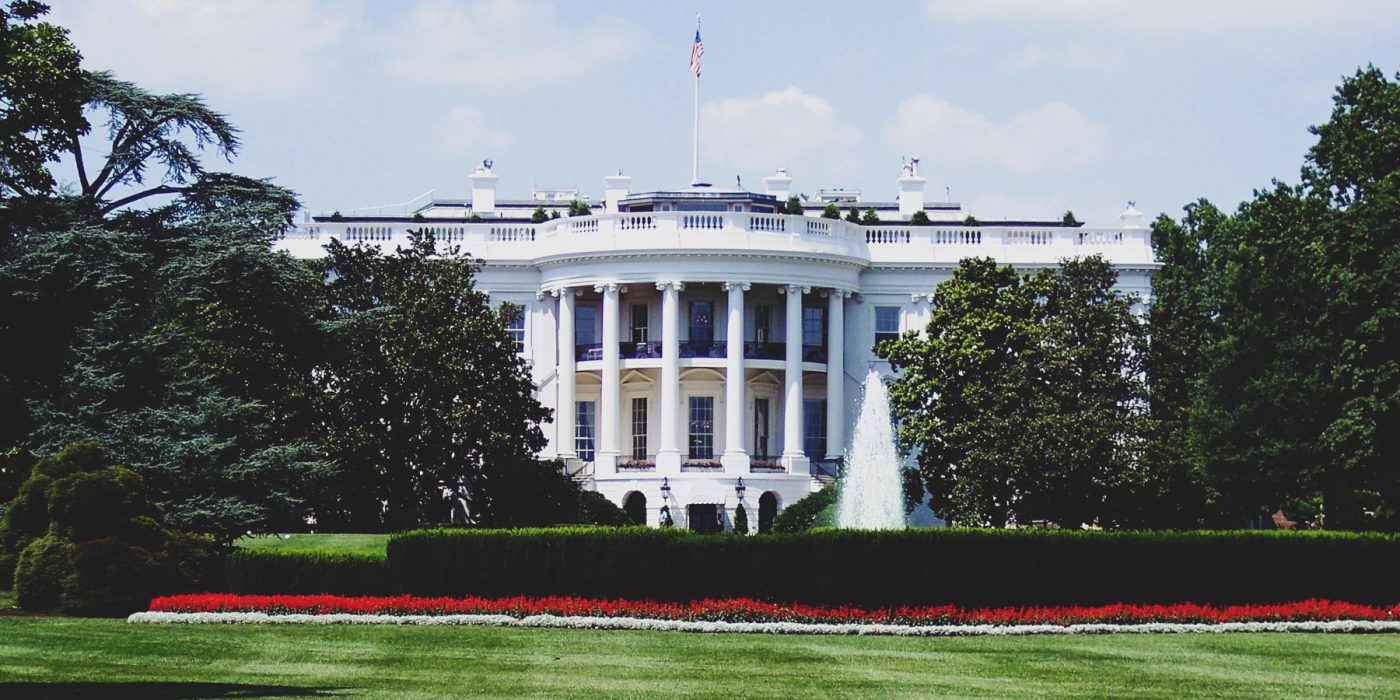 As a law firm that helps with and has experience in civil rights and gun rights-related cases, we have received numerous messages and phone calls about the actions that the Biden-Harris administration has taken recently to combat gun violence and what, if any, impact Biden’s gun policy will have on honest, gun owners in the United States.

We are a law firm located and licensed in California with extensive experience dealing with firearms related issues. That said, this article is not legal advice and we will not discuss any state-specific rules or laws. Rather, we will only focus our discussion on federal law and our take on President Biden’s latest actions. Your state may have stricter rules and, if you want advice specific to you, you will need to consult with an attorney.

How Will Biden’s Gun Policy Changes Affect Your Firearm Rights?

The main areas that the Administration is targeting with the latest announcement of Biden’s gun policy are listed below. (You may click on the link to jump directly to a discussion on that topic)

The TLDR is that this does not affect gun ownership and only may potentially have an impact on one common firearm accessory, the pistol brace.

The Biden-Harris administration seems to have redefined ghost guns as a politically charged term to describe partially completed firearms which must be completed by the buyer. These firearms are not actually firearms when you buy them as long as they are only 80% complete or less, much like you can purchase a 3D printer and filament and print your own firearm and do so legally in certain states. Alternatively, you could purchase a solid block of metal and machine a firearm from that in your garage.

Currently, the only piece that must be manufactured by the purchaser to avoid a serial number and be a “Ghost Gun” under Biden’s gun policy definition is the firearm’s lower receiver. Upper receivers and other firearm parts are not regulated and can be purchased in completed form.

Ghost Guns: What will the result be?

How far can the ATF go to limit this type of incomplete firearm? Only time will tell. Is the ATF going to ban the sale of plastic filaments? Definitely not. Is the ATF going to require that upper receivers receive serial numbers from the factory? This is one possible outcome that may require additional legislation. Is the ATF going to require that an 80% completed firearm lower receiver manufacturer include a serial number prior to selling the receiver to be completed by the buyer? Maybe. The issue with this last one is how unfinished does it have to be before it is a firearm? We expect the ATF to provide guidance on this in the future.  This may be a rule that requires either additional legislation or at least a public comment period.

We truly know so little about what the ATF will do with this type of partially completed firearm, so this seems more like President Biden’s moderate policies speaking out. He is not actually changing anything and is only giving lip service to his more liberal supporters.

Of course, we speculate that President Biden is attempting to give the ATF approval to actively stop the sale of 80% firearms that are more like 98% completed. The ATF actually recently raided Polymer80 in Nevada on suspicion of manufacturing firearms that were more complete than is allowed by current rules, without serial numbers and other manufacturing approvals.

We recently wrote a piece about stabilizing braces and how they could be determined to turn a pistol into a short-barrelled rifle, which falls under the National Firearm Act and requires a tax stamp and approval from the ATF.

The Biden Administration has now directed the Department of Justice to create a proposed rule on this subject as part of Biden’s gun policy. To read about our discussion of pistol braces, please visit https://lifebacklegal.com/lawyers-take-on-pistol-braces/

There is a possibility that a proposed rule from the Department of Justice will fail without Congress legislating the issue. Certain rules that implement new criminal penalties are not allowed without congressional approval.

What is a Stabilizing Brace?

In short, a pistol brace is a device which you can attach to a large format pistol, like the CZ Scorpion or an AR pistol, and attach to your forearm to brace the weapon due to the size of the gun. However, most pistol braces look an awful lot like stocks, which would turn the firearm into a short barrelled rifle regulated by the ATF under the NFA. The design rule is the current rule for firearm accessories and stocks. This rule basically states that a pistol brace is not a stock if the design of the device was not for it to be a stock. There is obviously debate about whether or not pistol braces were designed as a way to skirt the short barrelled rifle rules, and it would be very easy for the ATF to ban these devices if that was the case. We discuss this more thoroughly in our prior article and we suggest reading it if you are interested.

We do believe that pistol braces will ultimately end up being prohibited, at least in certain forms. That said, there is no way to know what happens until the proposed and then final rule is released. We would not be surprised if a manufacturer of pistol braces sues over the issue, as banning pistol braces would basically put the manufacturers out of business. Regardless, definitely do not leave a pistol brace on a large format pistol for the time being as it appears that could be a risky proposition.  Possessing an unregistered NFA firearm is a very big deal and can result in serious consequences.

Red flag legislation is a key portion of Biden’s gun policy and it would allow family members or law enforcement to remove firearms from someone for presenting a danger to themselves or others. This would look a lot like California’s 5150 legislation which allows a police officer to remove firearms from someone with something less than a full mental health commitment. Of course, red flag legislation will likely not require the involvement of a police officer, so it would be even broader than California’s current rule.

Ultimately, we do not want anyone to commit violent offenses with firearms. Consequently, we think red flag legislation is a good idea as long as there is due process. This would require that the person accused of being a danger to themselves or others has the right to present a vigorous defense with the assistance of legal counsel before they lose their firearm rights. We also think there should be a restoration mechanism in place so that after either a set time or an improvement in the person’s wellbeing, that they can apply to regain their lost rights.

This program seeks to provide funding to support communities where violence is more common. This is a great idea to provide the more vulnerable communities with more opportunities.

There is not too much to say about this other than this portion of Biden’s gun policy does not affect gun rights in any way.

As one initiative, the Department of Justice will now issue a more comprehensive report on firearms trafficking. This is excellent as it should provide more data to legislators to allow them to be more educated when legislating on firearm issues. It will also hopefully outline where the true problem areas are. This could provide data to limit future restrictions on more types of firearms, depending on the contents of the reports.

The new Nominated Director of the ATF is a gun control advocate. However, he is also a career ATF official. If appointed, we believe he will likely enact moderate policies. That means we do not expect any wide changes to core gun laws. For now, we do not think anyone should be worried about his nomination.

What are the takeaways? Will the Biden Administration Take Away Your Guns Under Biden’s Gun Policy?

President Biden and Vice President Harris are moderates, plain and simple. It is easy to think otherwise as the political climate in the United States is often so polarized. In short, we think some of these changes are necessary to prevent gun violence but some of the others, like regarding ghost guns, appear to be nothing more than rhetoric to appease more liberal supporters of the current administration.  Biden’s gun policy could result in law changes, but ultimately does not appear to have any effect on normal firearm possession or purchases.

On to the second topic, the Administration is addressing Pistol Braces and their legality. We do expect they will be either prohibited or mostly prohibited except on NFA short barrelled rifles. While they are not banned yet, you may want to hold off on purchasing one just in case they end up being illegal down the road. If a ban is implemented, it is almost certain that litigation will follow. Litigation on issues like this is normally a slow process.

Finally, Red Flag Laws, as long as they allow for due process, are a good idea for stopping gun violence. There is no reason for someone who is a danger to themselves or others to possess dangerous weapons. This seems to be a push to adopt the California approach in a broad and national way. If this passes, we hope to see legal rights to due process incorporated in the procedure. If there is due process, we would not be alarmed by the proposal.

We will provide more of our insight when anything is more concrete.

That said, if you have an urgent, pressing, issue regarding your rights which you would like to solve, you are welcome to contact us. We have helped numerous people restore their firearm rights, resolve firearm related issues, or generally clear their records.

Lifeback Legal is a division of the Law Firm of Shea M. Randall, a trusted California Law Firm. We specialize in helping individuals get their life back with California criminal record expungements and federal licensing services. As a full service Law Firm, we gather documentation, hand-craft petitions, and deal with the headache of the Courts. We have experience dealing with firearms purchase denials and firearms related research and restorations.

* By clicking ‘submit’ you understand that this does not create an Attorney-Client relationship. While we do our best to respond to you quickly, we are under no obligation to take your case or provide any sort of response. We do not sell or share your information. Providing your basic information simply gives our law firm the opportunity to follow-up and engage in a conversation to best assist you.